1. The sharpening method that moves forward is faster and more efficient. Polish the slicing knife. Prepare a trowel.

3. The blade faces the front of the sharpener, and the cutting knife turns from the lower right corner of the grindstone to the grinding tool.

4. Move the upper left corner of the stone obliquely to the heel of the knife, and turn the blade from above; the blade holder cannot leave the stone when turning, and the blade faces the sharpener. Move the blade laterally so that the edge of the blade of the frozen meat slicer is located at the center of the front end of the grindstone, and pulls diagonally backward.

5. The blade rotates again from above, and the knife moves laterally, so that the slicing knife is in the original position on the grinding surface. The slicing knife should be in full contact with the grindstone and reused. During the grinding process, the left and right hands evenly press the entire blade to avoid tilting and prevent greasy fingers from slipping off the surface of the blade. 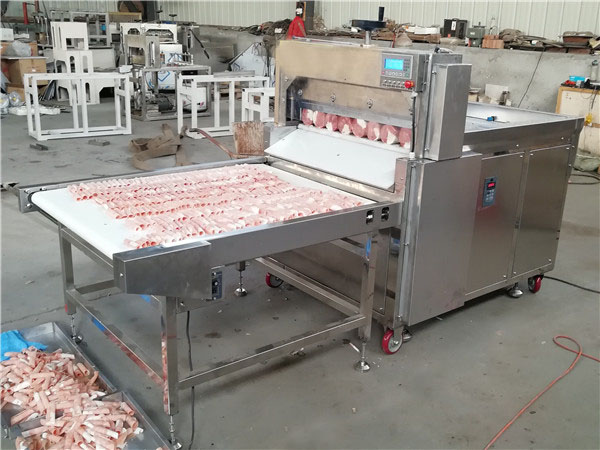