Why are all rolled meat slices cut by the mutton slicer?

Why are all rolled meat slices cut by the mutton slicer?

The meat cut by the mutton slicer is rolled. There are two main reasons. One is the cutting angle of the blade. The blade of the slicer is a single-edged knife. The cutting angle is of this shape, usually between 45° and 35° acute angle. , The angle directly affects the effect of rolling, the small angle cuts it out into slices, this is adjusted according to the user, such as a barbecue restaurant, on the contrary, the angle is large and cut into a roll shape, such as a hot pot restaurant that needs to be plated.

The other is the temperature of the meat rolls. Usually, the meat is taken out of the freezing mode. The temperature is low and the hardness is high. It cannot be cut directly. According to the climate and temperature at that time, due to the large temperature difference between the north and the south, too much thawing time, cutting meat will make it soft and difficult to shape, and there are many thawing methods. I will say two here, one is fresh-keeping and constant temperature thawing, and the other is, the foam box is thawed at room temperature. .

Finally, I would like to remind you that the blade needs to be sharpened for a period of time, and it should not affect the meat cutting effect. 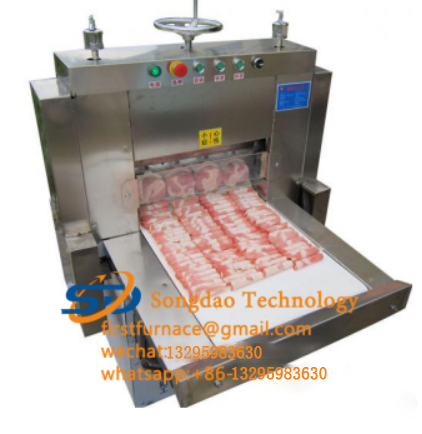